Wow it has been awhile since I've written anything on here! After being in Minnesota for 3 weeks and adjusting to being back here, time just got away from me.

I thought I would share some of the things Elliot has been up to and things he's been saying. the kid seriously cracks us up.

Whenever he wants you to sit by him, he looks at us and says "by you" which comes out more like "by ya." It is impossible to not go and snuggle or sit by him.

He loves helping me cook. Here he is making sure the cheese sauce for the gnocchi tasted okay ;) 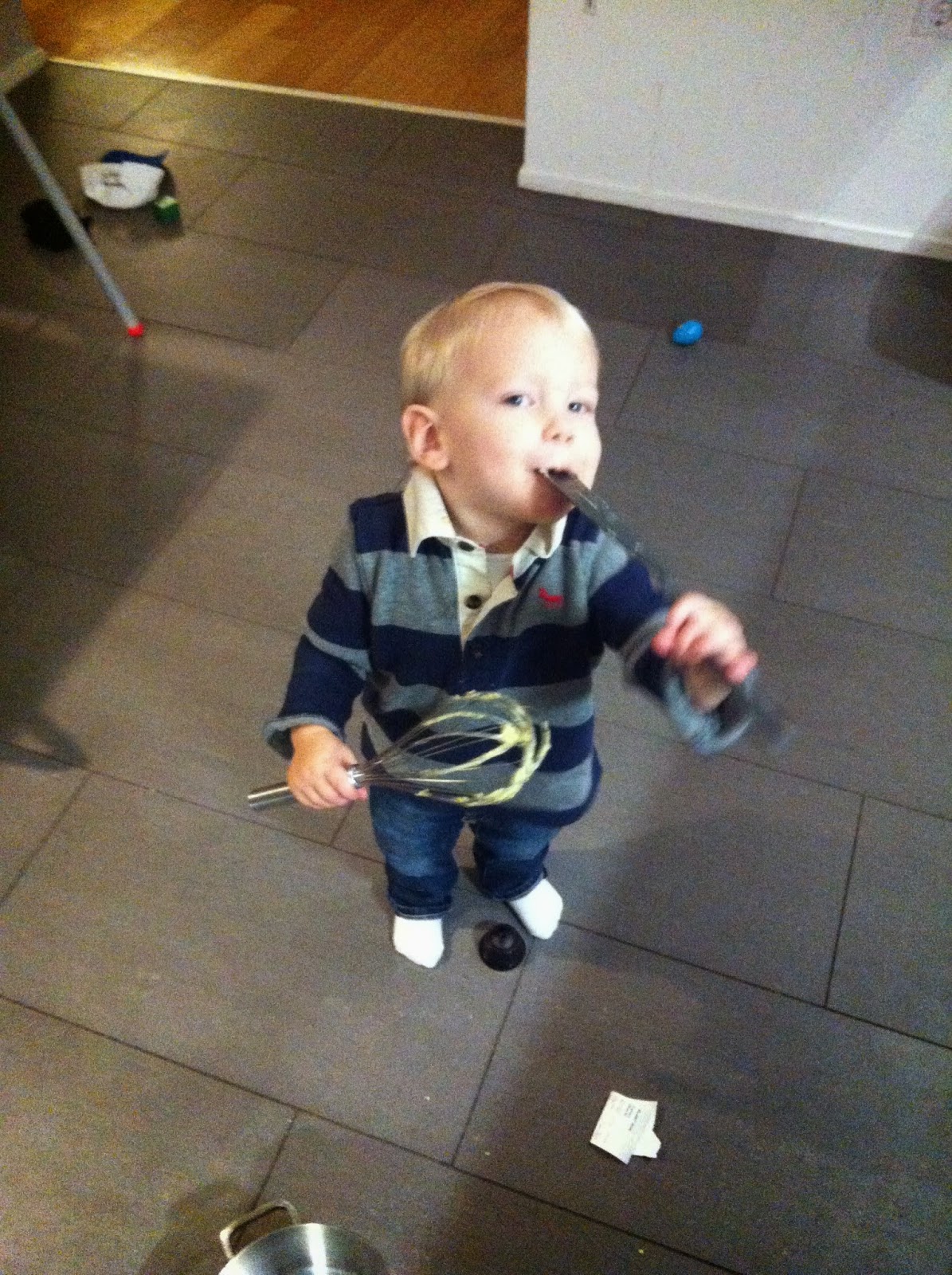 He also loves doing yoga with me, or as he says "oga" This is his best down dog. Which he calls dow dog 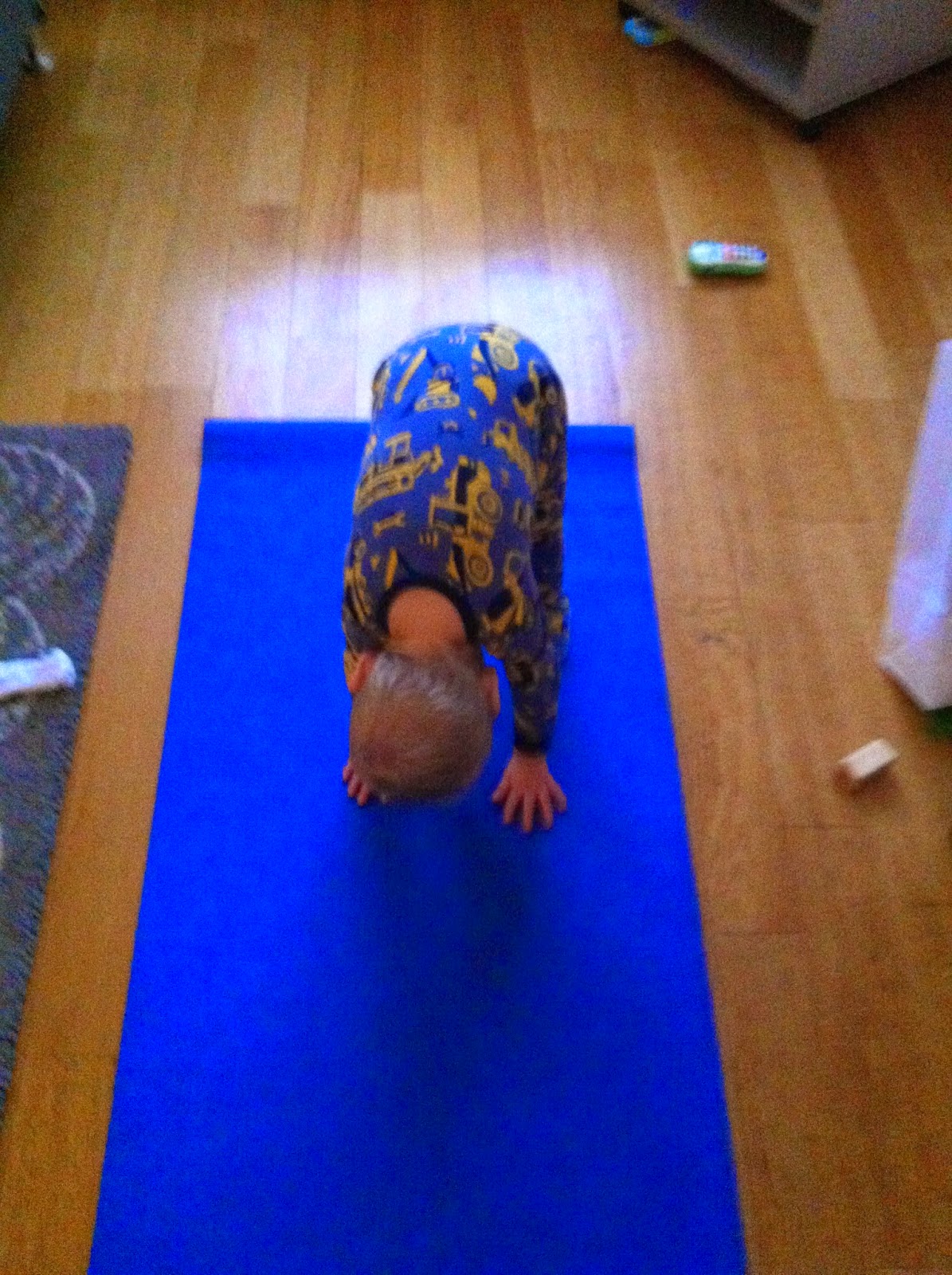 And here is a cute picture just because 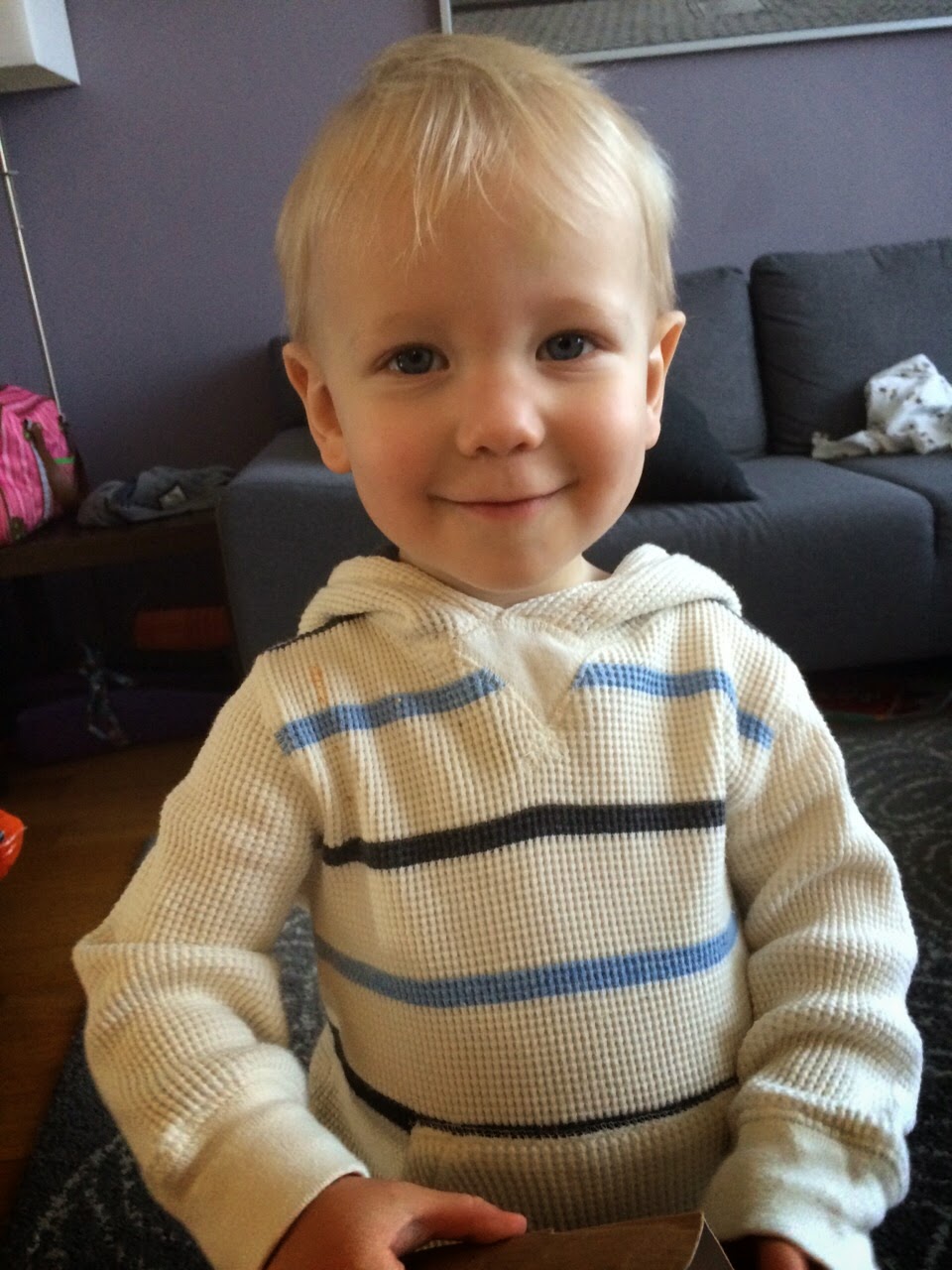 I promise it won't be so long before I post again!

Posted by Mindy Anderson at 1:51 PM

Email ThisBlogThis!Share to TwitterShare to FacebookShare to Pinterest
Labels: Elliot