On Friday Brent took the day off of work so he and I could enjoy a day in Paris together.  I was so excited to have him to myself for a day!  We did a TON of walking.  I mapped it out in my running app and we walked almost 9 miles throughout the city!  While we were out exploring we stopped and had a lunch at a cute little brasserie.  I had the most amazing onion soup ever! As my brother in law Brad said, "Can you still call it french onion soup in France?" 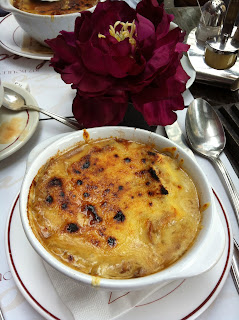 I would go back just to have another bowl of this!


During the month of August many Europeans take holiday for a large portion of the month.  In Paris along the Seine river the set up a beach on one the roads that they shut down along the river.  We took advantage of it and lounged in the lawn chairs for while to break up our sightseeing 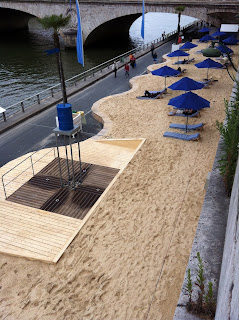 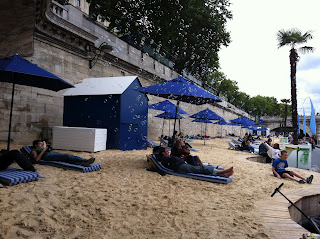 They had different things set up on each part of the stretch of beach.  Beer, bubbles, bocce ball and sprinklers were just some of the things set up. 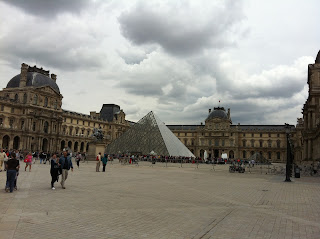 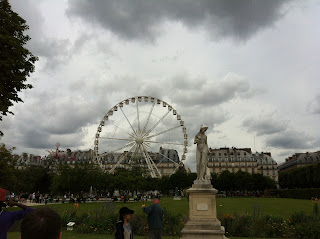 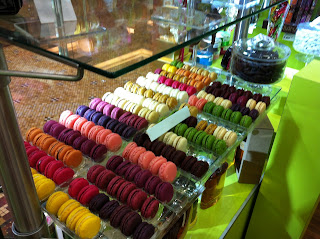 Of course we stopped for some coffee and macaroons.  We split 4 of them- caramel, vanilla, rose and lemon.  They were so good! I am sure just from reading this blog you can tell, I have a thing for
sweets :) 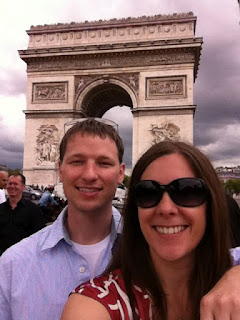 Self portrait with the Arc
Interesting fact: the arc de Triomphe is where 12 different roads in Paris come together.  If you get into an accident in this location no insurance company will cover it because the area is so chaotic! 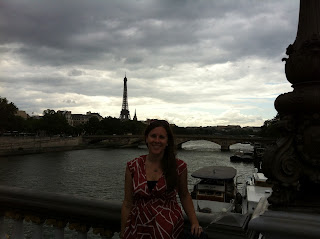 Rain starting to come on our walk back to the hotel 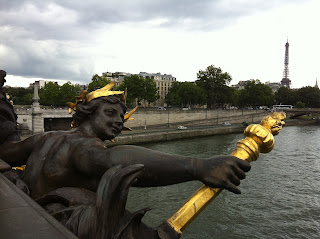 I love the bright gold detail on so many of the buildings and statues.  This one was on a bridge

On Saturday morning we decided to hit the road right away so we could be out of Paris before all the traffic from the Tour de France.  We left right in time, while we were driving out of the city the traffic was backed up for close to 5 miles at the toll.
To break the trip up we decided to stop in Belgium.  We stopped in Brugge which is pretty much right in the middle of Paris and Utrecht.  It was a cute town, but due to the Belgium independence day most things were not open. 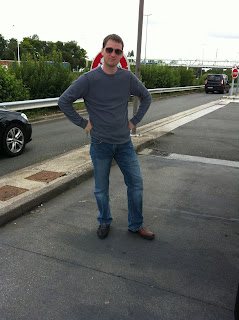 Look really close, when we stopped Brent realized he had 2 different shoes on... that my husband :) 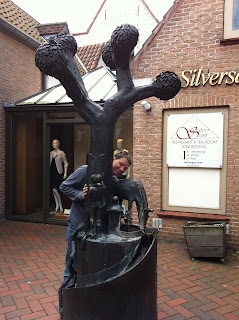 Brent trying to creep on the people kissing in the statue 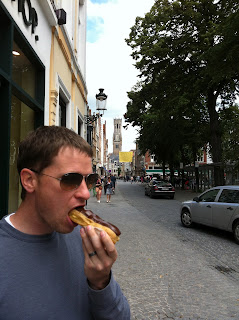 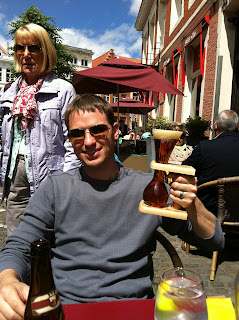 We ended up with one of these mugs when we left.  The lady behind him looks really excited 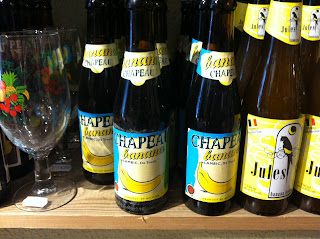 When we were in the store getting Brent's mug I came across a case of fruit flavored beer.  Banana, Pineapple and raspberry are a few that I can remember.  I think I will still to unflavored beer.

We had a great trip and look forward to a couple more before the end of summer!

Posted by Mindy Anderson at 3:26 PM