Our second day in Cologne we explored more of the markets and just took in the city.
We of course tried more of the food options at markets! 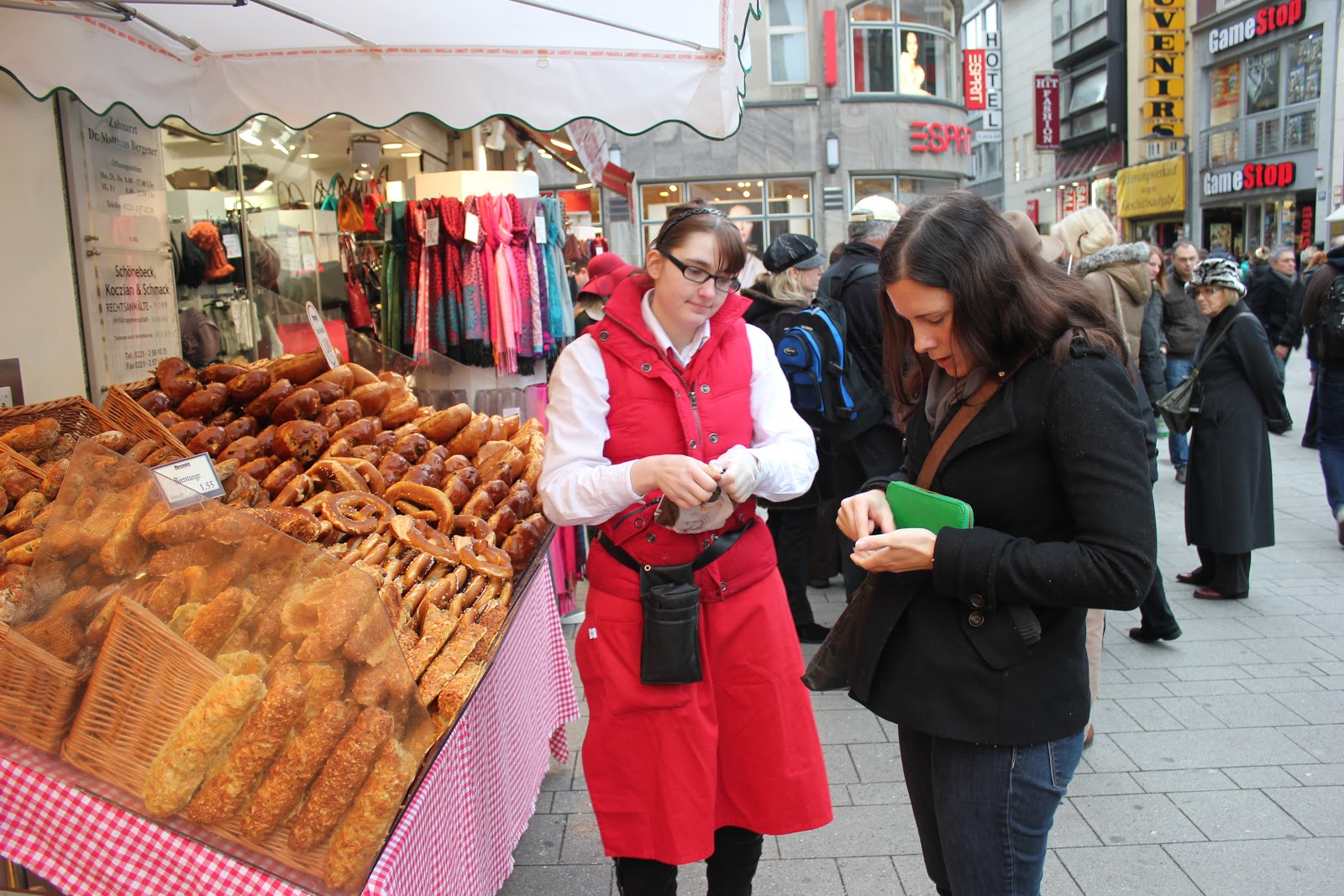 Had to start my day with a fine German pretzel :) It was delicious 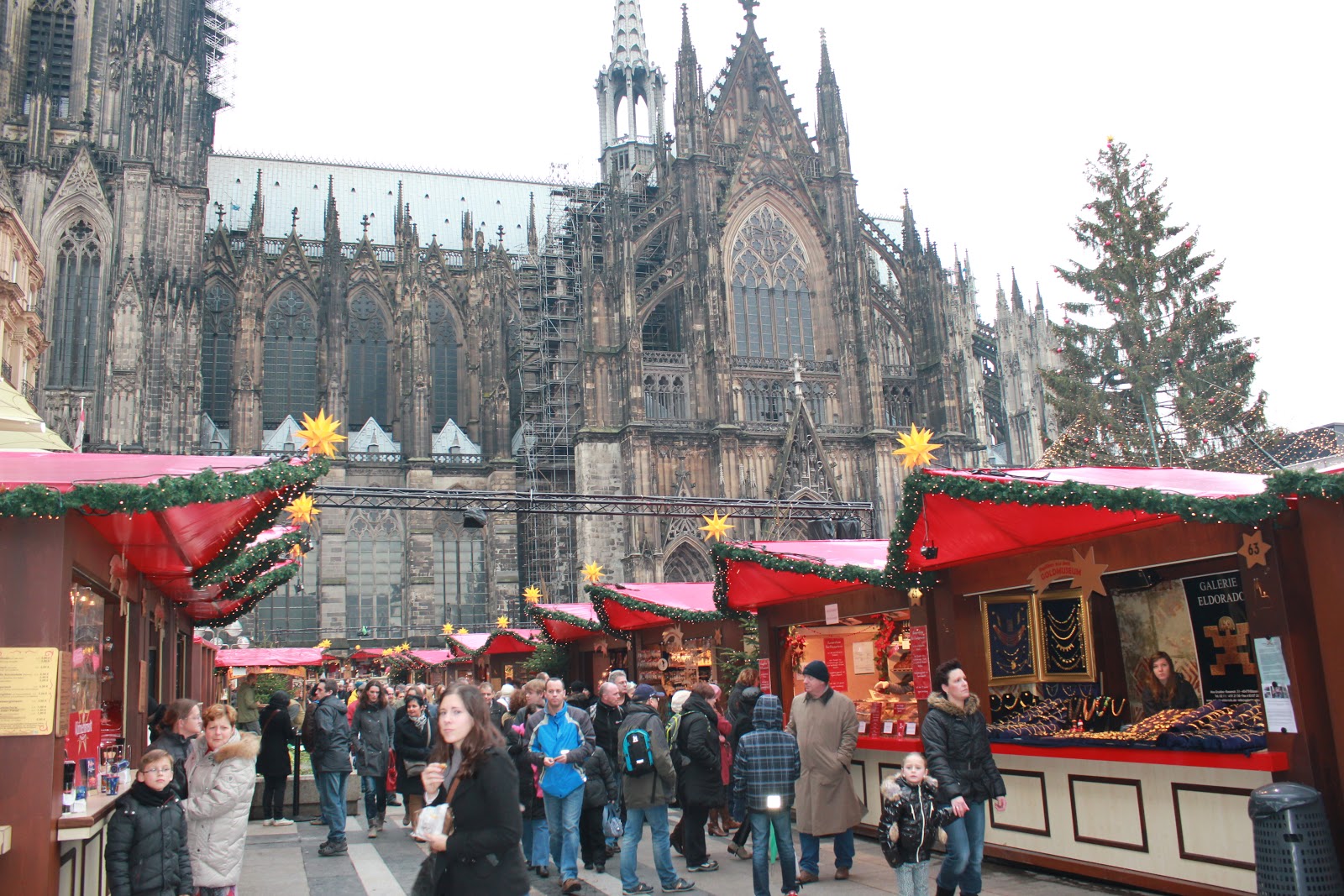 Market during the day 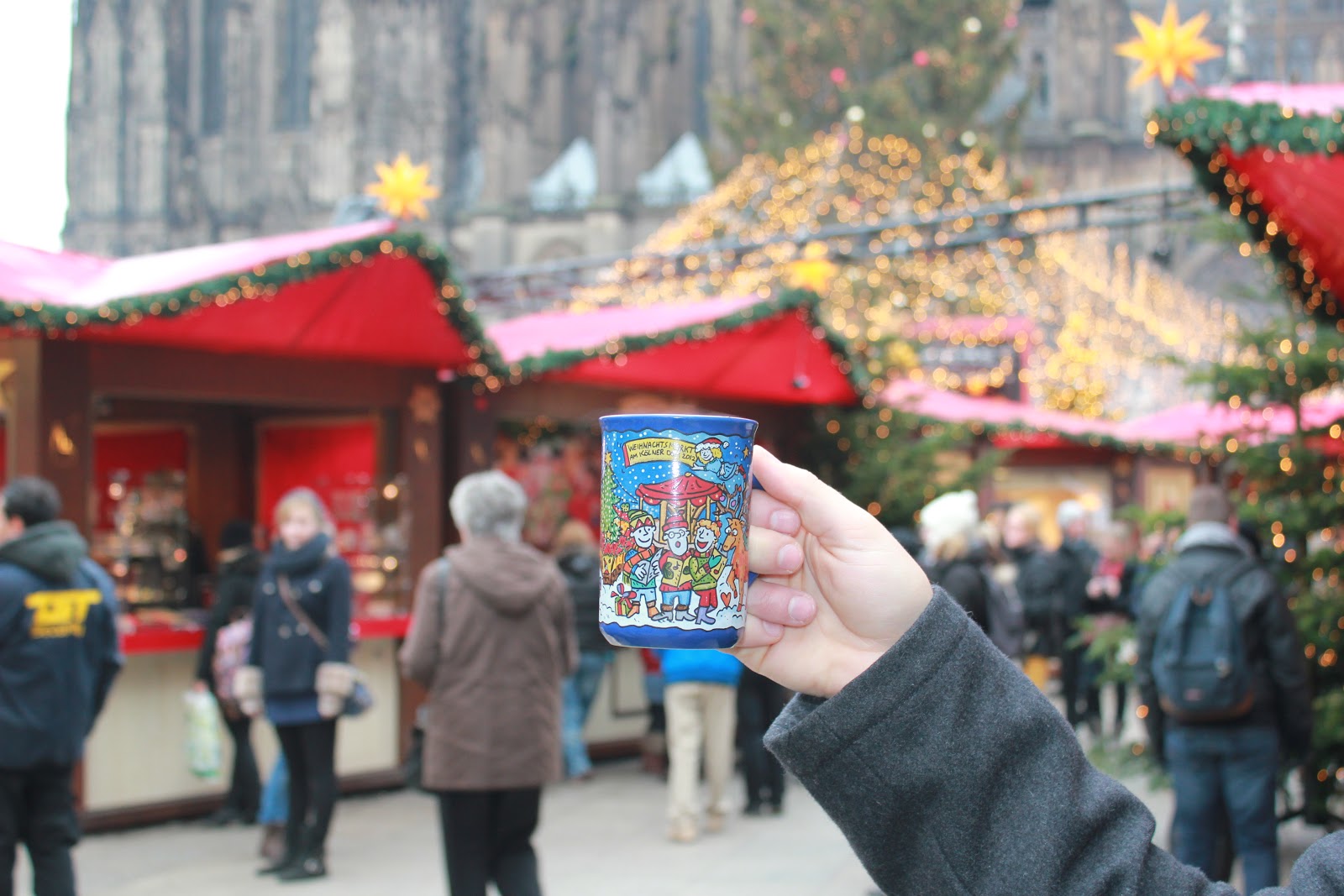 Baileys and Coffee for B and a keepsake mug of course! 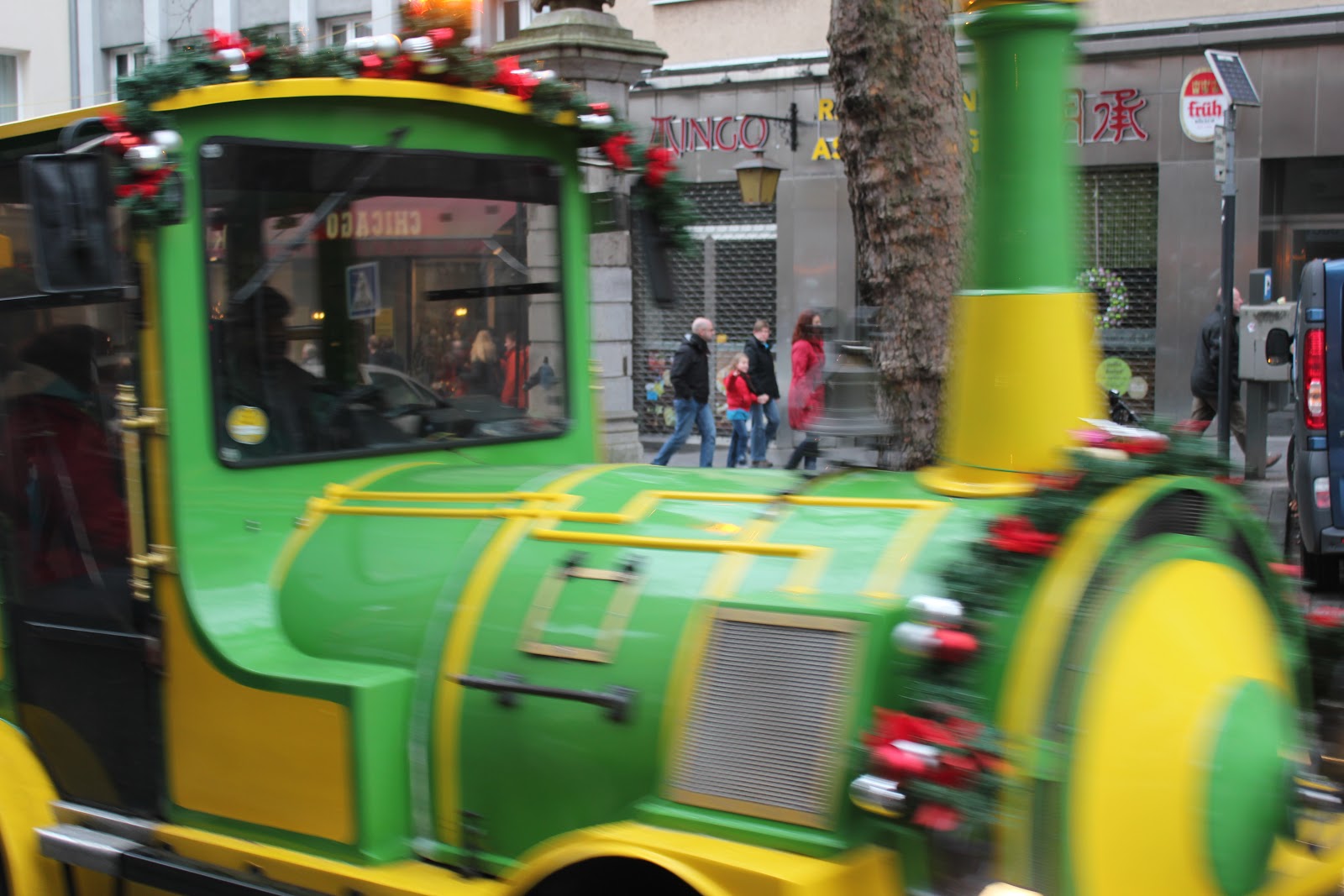 Train that was giving rides in between the markets 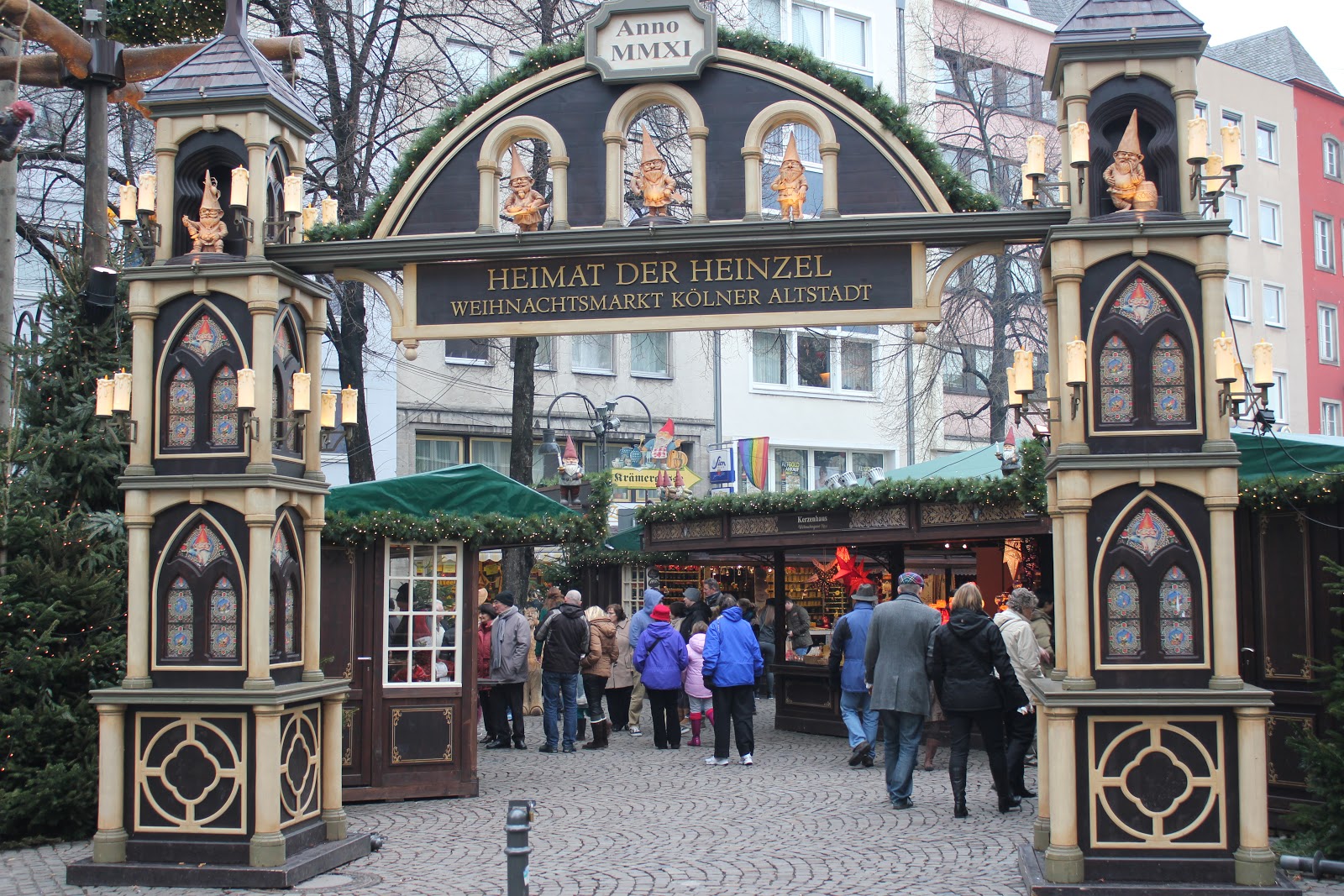 Entrance to the market outside of our hotel 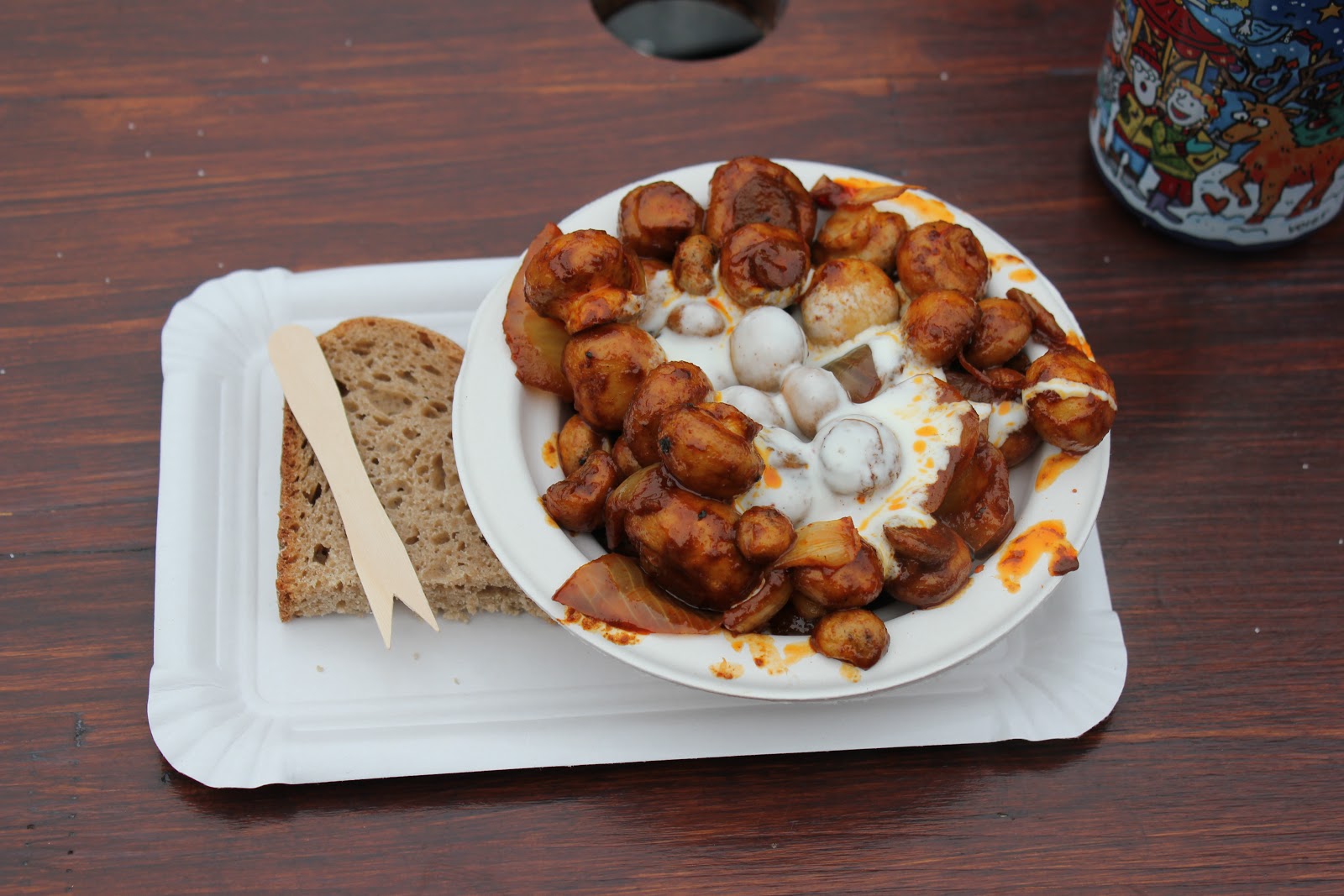 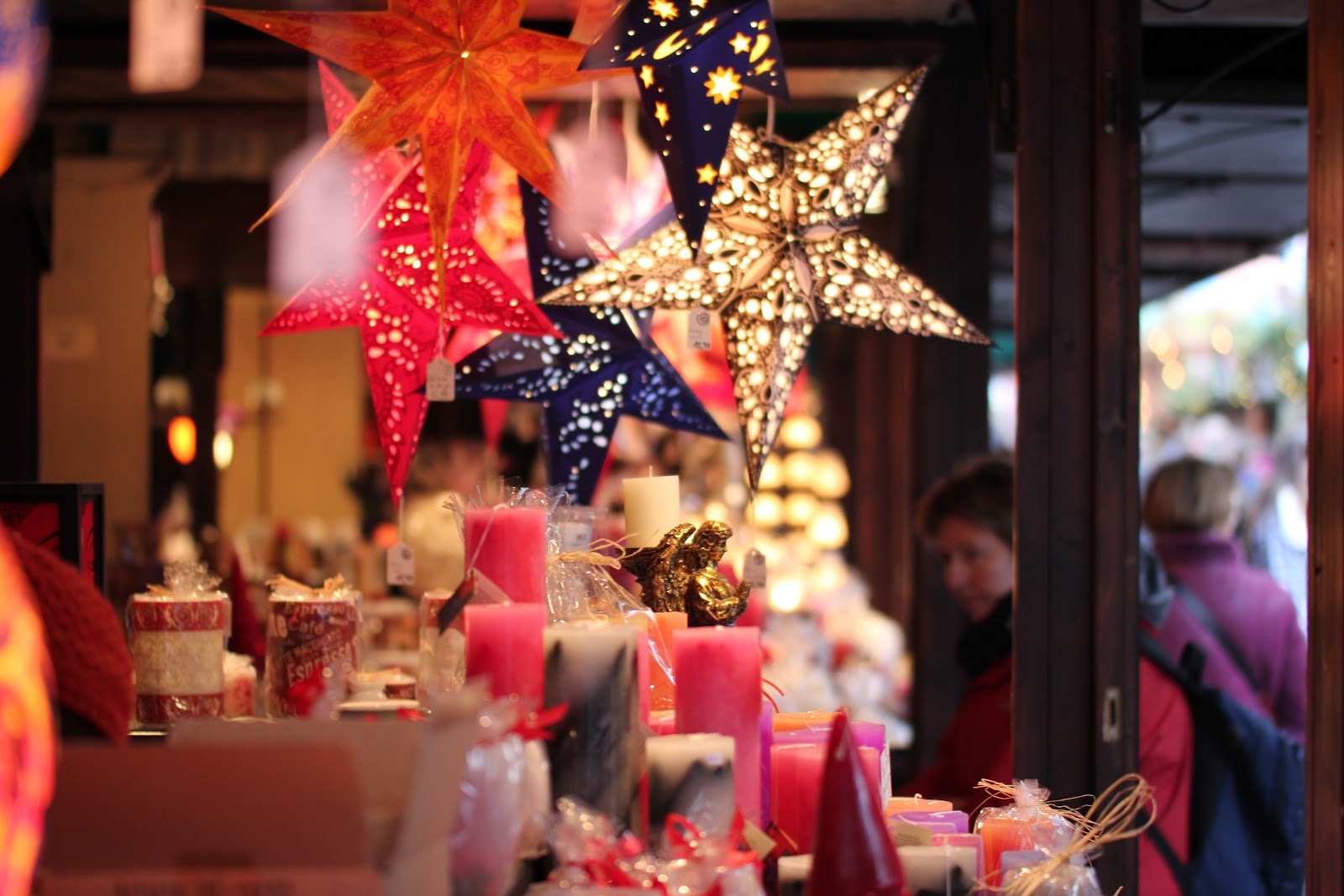 These stars are in a ton of homes in the Netherlands, really wishing we would have bought on at the market! 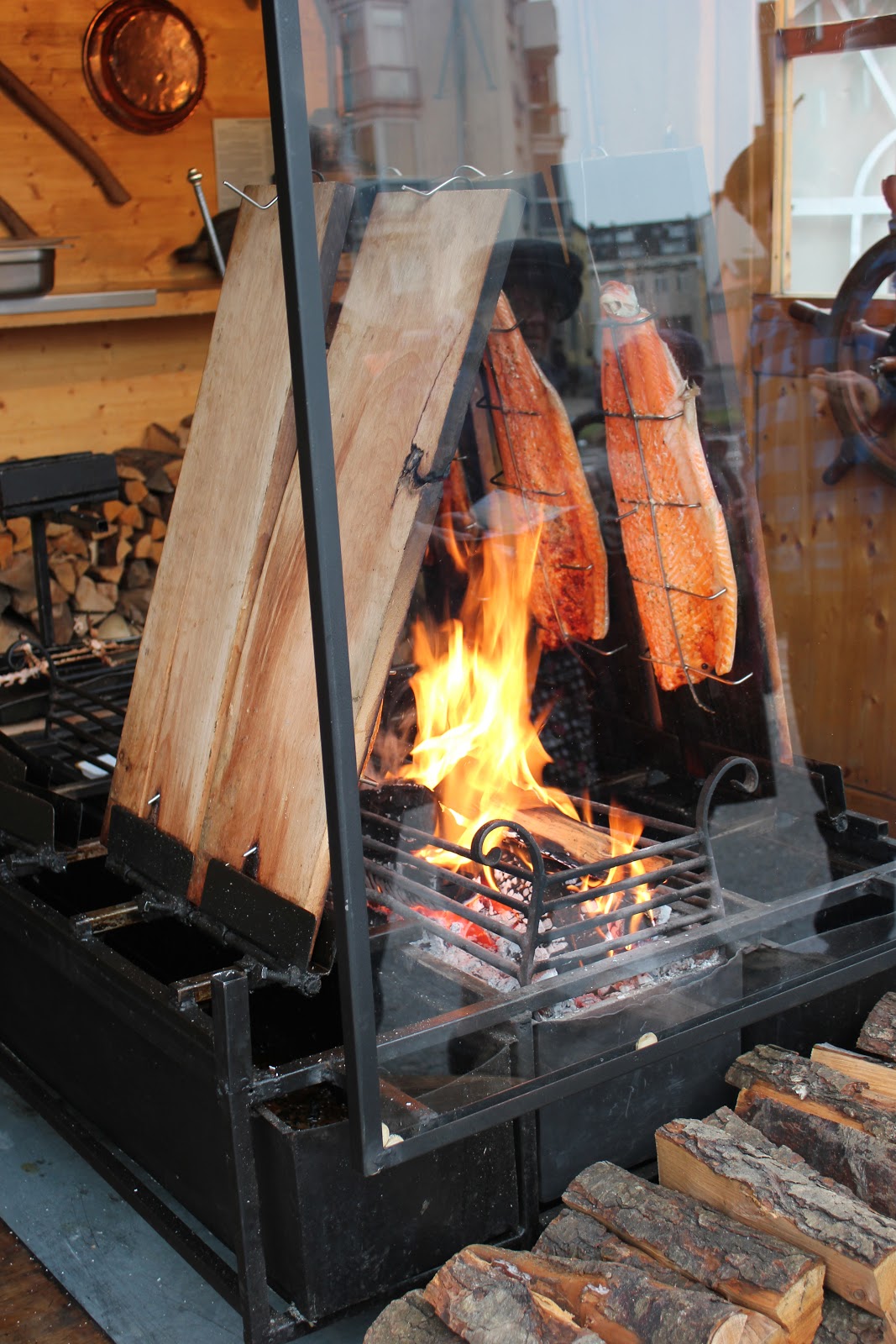 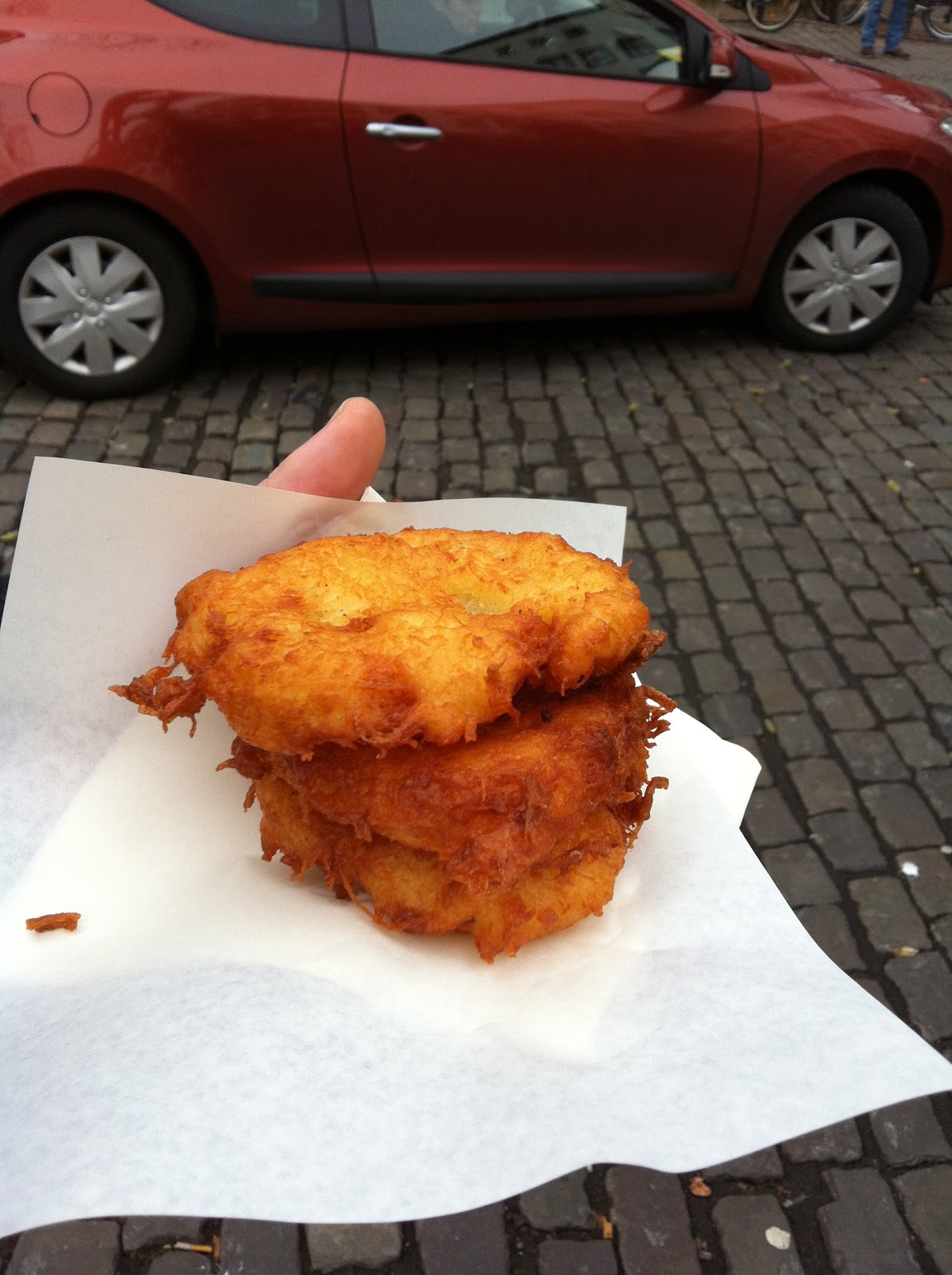 Some delicious potato cake things- we each couldn't even finish one of them they were so filling!

After walking through Cologne for awhile we drove about an hour to Maastricht(the most southern city in the Netherlands) for the night.  Because the city is so close to the German border it has a ton of German influence and of course had a Christmas market. 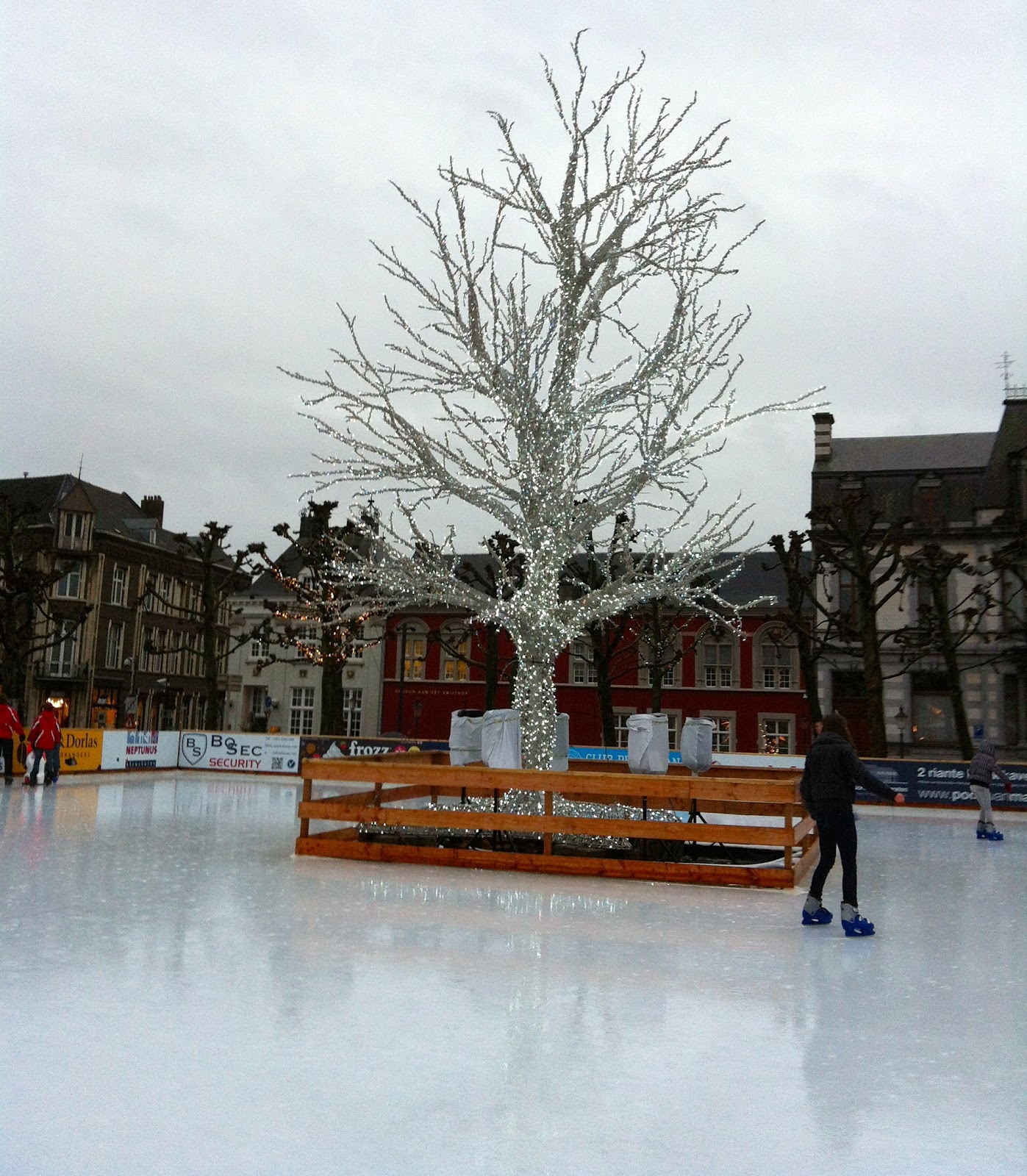 The ice skating rink in the market. I thought this tree was so pretty 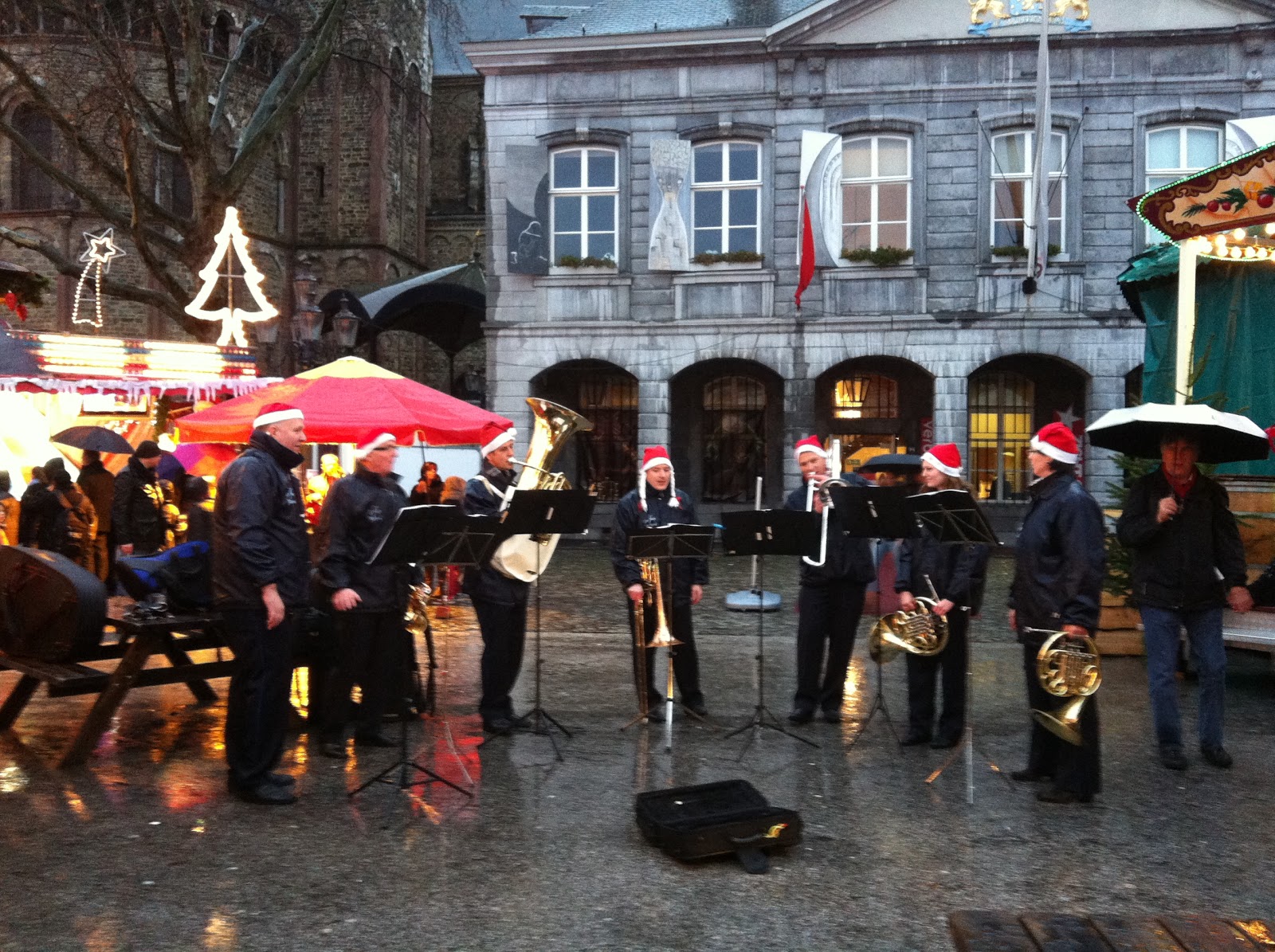 Carolers singing in the rain
The biggest difference between the German markets and the Dutch one, was the people selling the brats in Germany had ketchup and mustard for toppings and in the Netherlands they had ketchup and Mayo. Anyone who has visited knows that they love Mayo here! 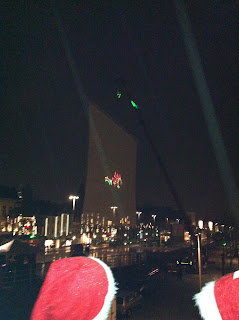 The night on our way back to the hotel the was a lights show along the river.  They had Christmas images and music displayed on this huge screen.  The picture isn't the best but it was pretty cool and had a lot of people out watching it.

It was a really nice weekend and look forward to visiting Christmas markets again next year!

Posted by Mindy Anderson at 3:55 PM