Living in the Netherlands there is no shortage of windmills and in the year and a half we have lived her Brent and I have never been to see any.  So when my sister Missy came a couple of weeks ago to meet Elliot we decided to see some.  This was her second visit here so it was nice to do something different. 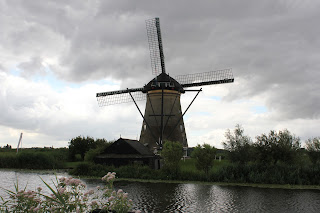 We went to the Kinderdijk area where there are 19 windmills all along the water
It ended up being pretty windy, shocker right? So Elliot quickly went from being in the stroller to in the moby wrap. 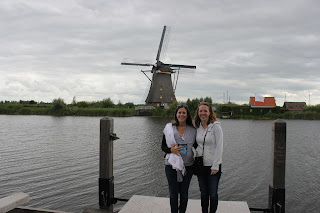 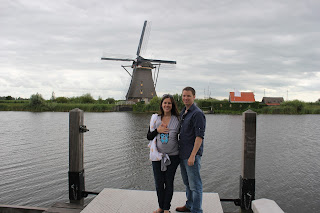 So Dutch of us 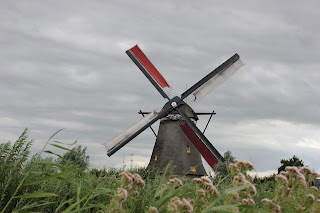 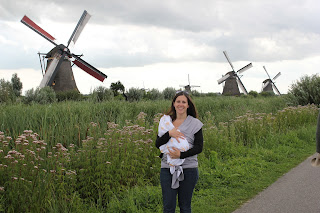 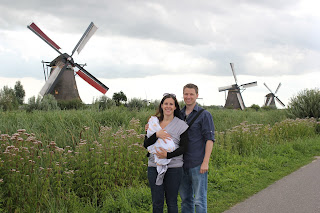 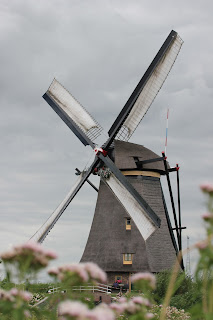 One of the windmills that people live in.  The blades came so close to the ground it was crazy! 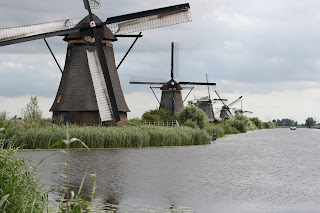 We didn't end up staying very long since the weather wasn't the greatest but we can now say we've seen windmills!

Posted by Mindy Anderson at 9:00 AM