This past Saturday Brent and I decided to head over to the city of Den Haag.  It is about 40 minutes west of us and sits right on the sea.  We did literally no research and had no plans going there(this is not very typical of me, but somehow that's how it worked).  Funny fact, a 40 minute drive is a long drive to most people in Holland.  If they were going somewhere that was an hour away, they would likely spend the night so the wouldn't have to drive so far in one day.  Anyways, back to Den Haag.  The Hague(as it is translated to) is home to the International Court of Justice and International Criminal Court.  Meaning war crimes, genocide and crimes against humanity will all be tried here.  It is also one of the major hosting cities of the United Nations.  We didn't take a ton of pictures but here is a glimpse. 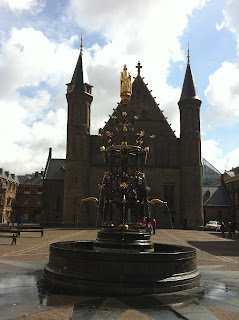 The Binnenhof and Knights Hall, these buildings house the House of Parliament and government offices 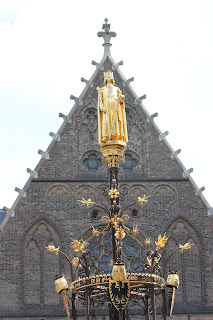 Close up of the fountain 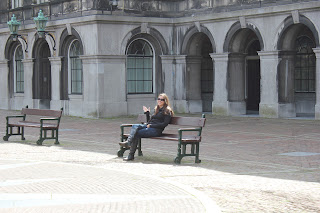 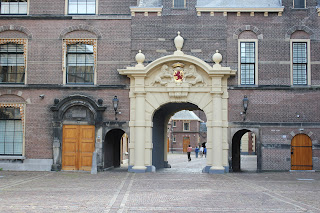 In the middle of the city in one of the courtyards there was a kid's soccer game taking place.  My reaction,"Brent, it's cobblestone their poor knees when they fall"
Brent's reaction,"How cool, they are boys they don't care about hurt knees all the care about is if they win" 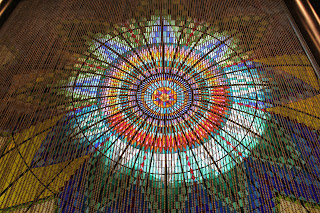 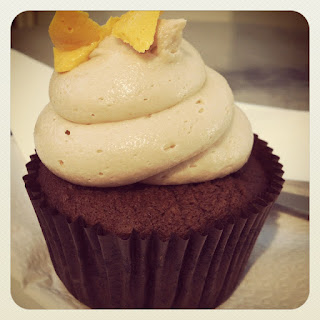 Now, you know wherever I go I am going to find sweets. The Banana Chocolate chip cupcake was pretty delicious 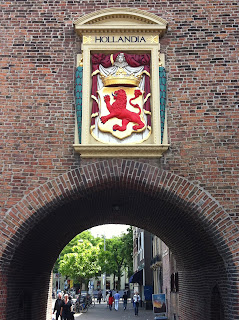 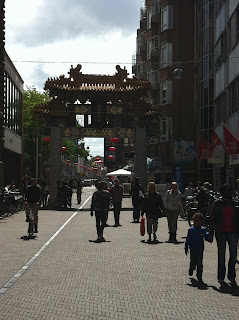 The entrance into Chinatown 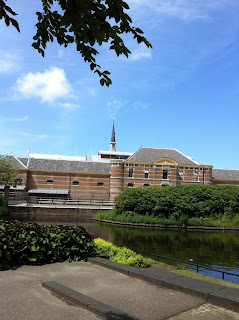 The garden and park behind the Queens residence 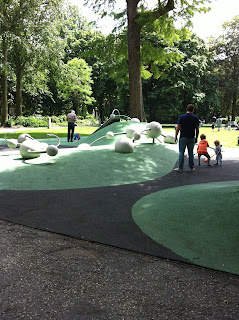 Playground in the park 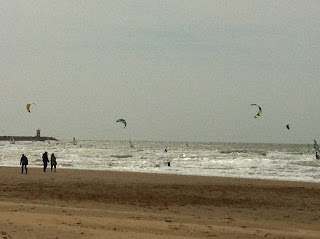 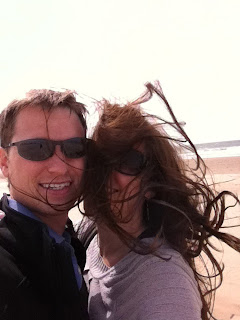 We were trying to get a picture together and Brent told me don't hold your hair, lets just see what it looks like...this is what we got 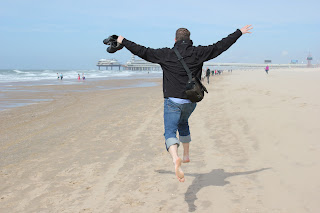 We have an ongoing tradition of getting pictures of Brent leaping in different places we travel.  We now have one in front of the coliseum in Rome, the tulip fields in Holland and now Den Haag beach. 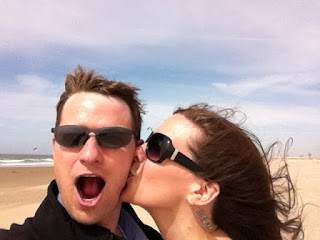 Love this picture and him too