A little Taste of Home

Brent has a guilty pleasure back in the US.  That guilty pleasure goes by the name of Taco Bell.  Now, this isn't something that he has a lot but he did make sure that it was the last meal that he had before we moved over here.  Well after living here fore 3 months we both have things from home that we miss and Taco Bell was one of my husbands.  His cravings just happened to come the same week that I came across this blog via Pinterest.  It gave me the recipe for a Taco Bell favorite, the Crunchwrap Supreme.  I jumped right on getting ingredients and putting it on our menu for the week.  I made some adjustments to make it a little healthier.  Instead of sour cream I used plain Greek yogurt(seriously you can't even taste a difference and you get some extra protein)  I used a leaner meat and instead of nacho cheese sauce I just used freshly grated cheddar.  They were a big hit and Brent's Taco Bell craving has been satisfied.  Of course I took pictures for all of you to enjoy 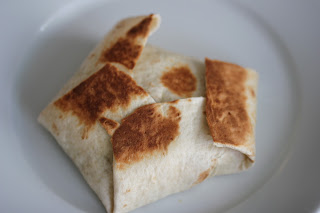 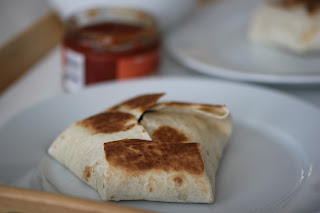 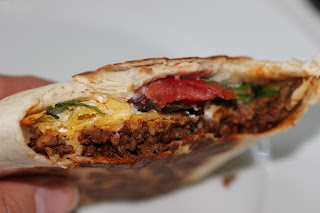 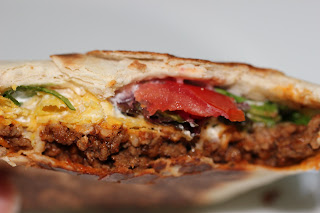 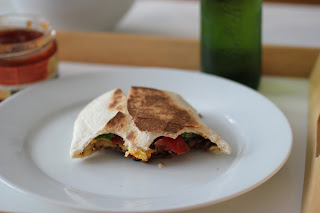 Hungry yet? Hope everyone had a good weekend

Posted by Mindy Anderson at 1:21 PM

Email ThisBlogThis!Share to TwitterShare to FacebookShare to Pinterest
Labels: Utrecht