Our trip to Minnesota was really such a good time.  I was so impressed with how Elliot did.  This little boy is used to spending all day with just his mom(until Brent gets home of course) and he did fantastic seeing multiple at a time.  He was almost always in big groups and being passed around and he did wonderful.  This is great since we both have big families and he needs to get used to lots of people!  He also did fantastic with both dogs.  We've been sad that Elliot hasn't had the dogs around from the beginning and worried about how he would react to them but he loved them.  He never once cried or was scared of them. 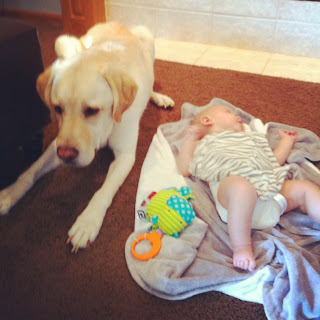 Hanging with Sammy before flying back

On flight back to the Netherlands was great! Elliot had a blowout which required a pajama change 15 minutes into the flight and thankfully that was our only issue.  After that he fell asleep and stayed asleep for the majority of the flight.  I was actually able to watch a couple of movies! 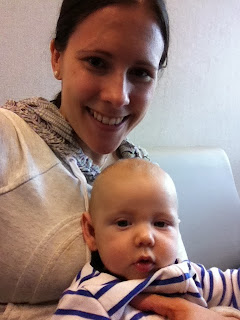 At the airport selfie 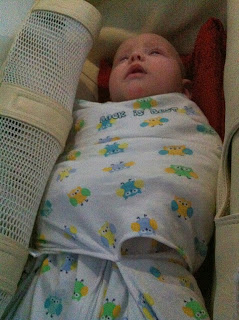 In the bassinet on the plane, he was only in it for a little over an hour of the flight but it was really nice have available.  Oh, and I had the entire bulkhead row to myself this flight- it was great!  I am hoping our next set of flights goes as well as both of these did.  Thankfully Brent will be with us next time.  Thanks everyone who made time to see Elliot and I while we were home.  I know we didn't get to see everyone but we have another trip in 6 weeks :)

Have a good Monday!