Last Sunday Brent and I decided to head to Rotterdam.  It was a beautiful day and we have only been to Rotterdam once, for like an hour.  It was really interesting seeing the city.  It is unlike any other city in the Netherlands because of the bombs that destroyed it when the German army invaded in WW2.  We decided that we would do a tour of the port when we got there.  As of right now the port is the 3rd largest in the world(behind Shanghai and Singapore) but they are in the process of adding more land and increasing the size of the port. 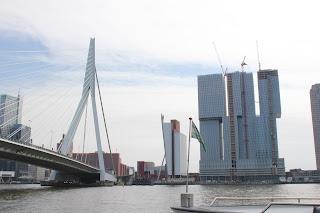 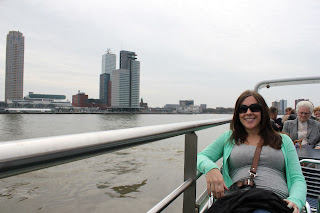 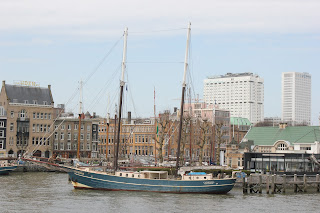 Old boat along the tour 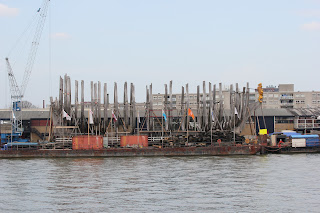 The building of a new ship 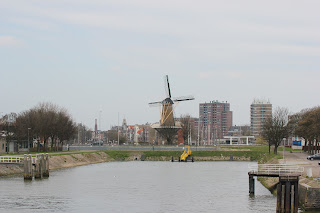 Such a Dutch scene 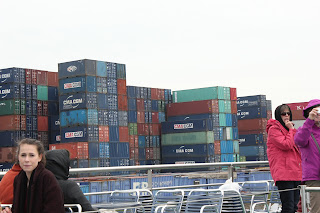 They are so many of these containers it was crazy! 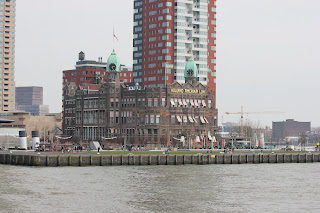 The Hotel New York.  They is where the line from Rotterdam to New York used to depart from.  Many immigrants left the Netherlands for the US from this spot. 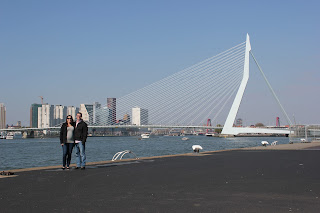 Brent and me and the bridge

Have a good week!

Posted by Mindy Anderson at 8:48 AM

Email ThisBlogThis!Share to TwitterShare to FacebookShare to Pinterest
Labels: Netherlands