Last Sunday, my sister in law Katie and I took a girls trip to Luxembourg while the guys went on a business trip to the U.K. The trip got under way with a little train mishap, apparently we were on the wrong part of the train when it split and we ended up in a different destination.  Thankfully, it was just a short train ride from where we needed to be. 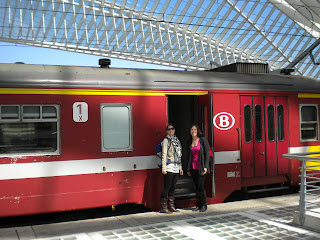 Our old train that took us to our next stop. 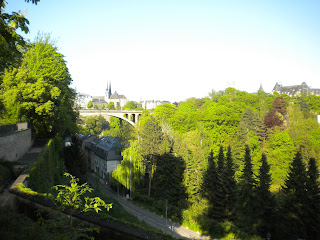 Luxembourg is a beautiful country and Luxembourg city definitely did not disappoint.  We were both surprised to find out that they spoke mainly French.  German was very prevalent but not as prevalent as we both had thought.  We had an amazing dinner our first night there and were excited to find that they had a small festival set up in one of the squares.  Which is where we found our amazing dessert. 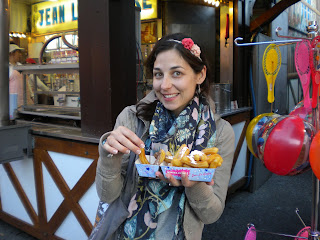 It was a cross between a mini churro and a funnel cake that you dipped in... wait for it... warm Nutella!! 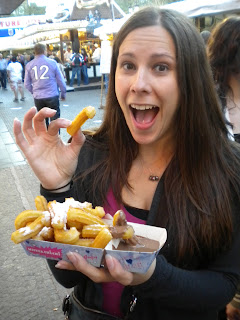 I promise you all that we shared one order and took turns holding it for the picture.  They were amazing! 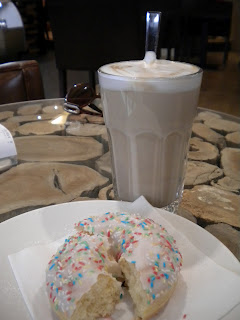 The next day started with the breakfast of champions- a latte and a donut.  This is what 10 euro buys you for breakfast in Luxembourg.  The latte was great, the donut on the other hand not worth it. 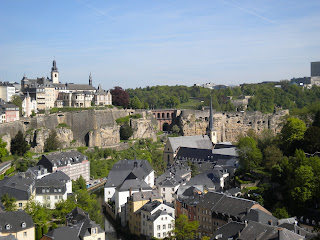 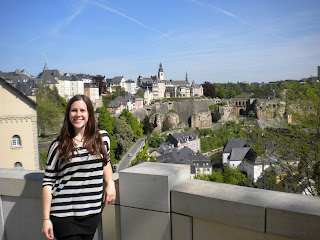 The view from the one of the judicial buildings in the city. 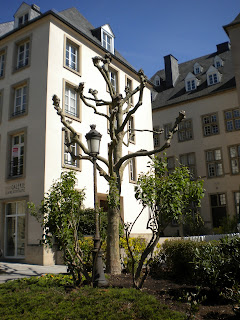 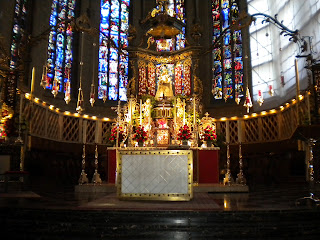 Beautiful church in the city 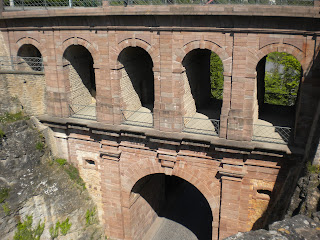 Old bridge in the city 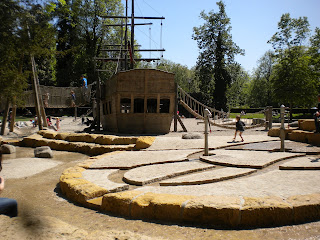 This was on of the coolest playgrounds I have seen.  It was built like an old pirate ship with lots of ropes, and some awesome water features.  It was a warm day and there were lots of kids playing in the water to cool down. 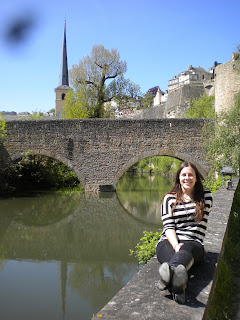 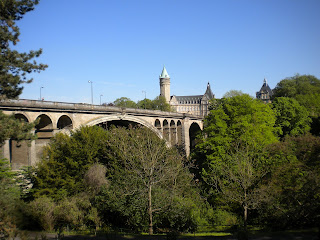 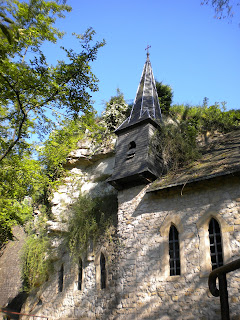 This old church was built right into the rock 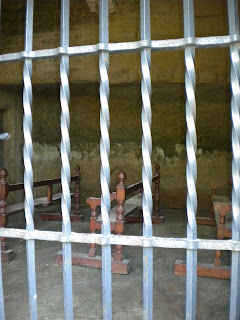 The inside of the church.  It was locked up but you can see all the old pews. 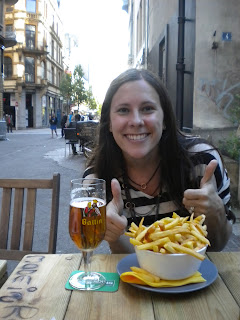 Anyone who knows me, knows I love my french fries.  Excuse the silly look on my face but, this is heaven to me- french fries and beer :)

Then next day we headed home(with more train issues) and got to spend some time with our hubbies.